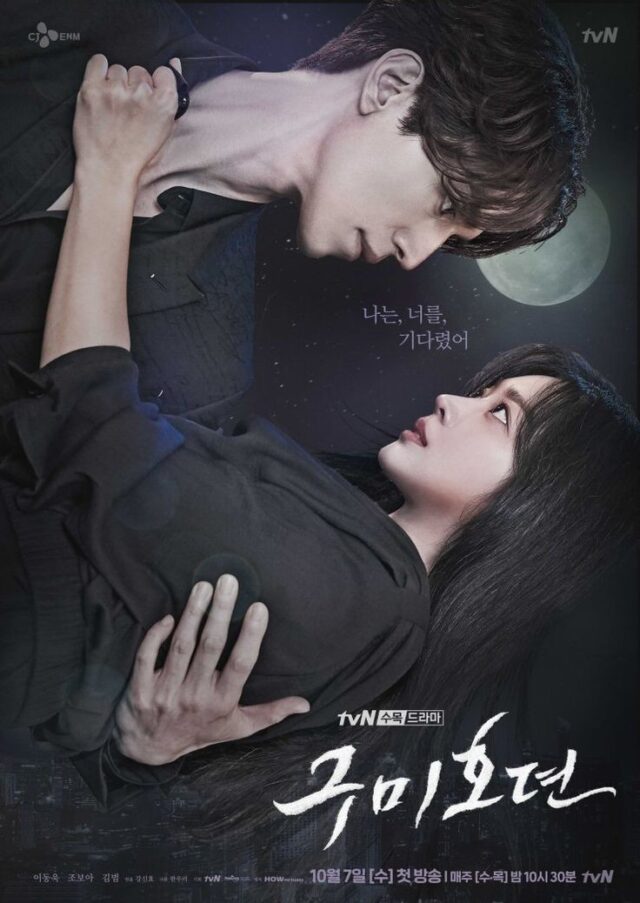 PLOT:
The Tale of Nine Tailed is the fantasy Romantic Drama series.
The story of this drama revolves around the Nine tailed fox Lee Yun
(Lee Dong Wook) and a Nam Ji Ah (Jo Bo Ah) who is a producer of
a broadcasting company.
Lee Yun who is a Nine Tailed fox could travel back and forth
between the mortal and afterlife worlds to kill Demons. He could also
take human form with his supernatural powers. Nam Ji Ah wanted to
make her broadcasting show popular. She found out about about Lee
Yun and wanted to get him to be guest on her show.
Lee Rang was the step brother of Lee Yun was living in the city
and had bad intentions towards the humans. He uses human lives to
make himself half human and uses his powers to take advantage of
them.