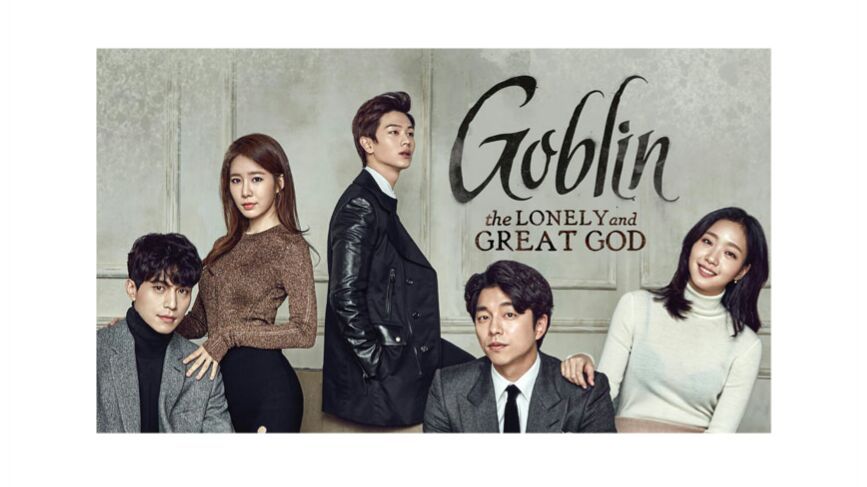 GOBLIN or GUARDIAN is the Fantasy and Romance based South Korean Television Drama series. This Korean drama was the Second Highest Rated Drama in Korean cable television history, Behind Drama “REPLY 1988”.
GOBLIN is released on cable network tvN every Friday and Saturday at 20:00 starting December 2nd of 2016 until January 21st of 2017. GOBLIN’s intriguing and distinct Storyline proved to captivate the Hearts of all Viewers.
It is a Fantasy and Romantic Korean drama series starring Gong Yoo in the title Role with  actress Kim Go-eun, actor Lee Dong-Wook, Actress Yoo In-na and Actor/kpop idol Yook Sung-jae.
Person who is 939 year Old immortal GOBLIN also protector of souls. he is in the search of his bride who can remove the sward which was piercing through his chest. He needed to search for his real bride to remove the sword so he may finally move to the afterlife and Rest in Peace. He served as a Great General during the time of Goryeo Era, and was kills by King Wang Yeo who is recently living with Landlord Goblin had been lost all memories when he became a Grim Reaper.
More about Drama:
PLOT :
The GOBLINor Kim Shin was an unbeatable General in the times of Goryeo Era who was killed by the young king whom he was serving and because of that he was eventually resurrected as Goblin set to live an immortal life as his equal part reward and punishment.
A 939 year Old immortal Kim Shin became GOBLIN and protector of souls who is in the search of his bride who can remove the sward which was piercing through his chest so he may finally move to the afterlife and Rest in Peace. The human Goblin’s Bride manifests as a Sanguine High School student named Ji Eun-Tak (Kim go-eun) derives this fate after Goblin rescued her dying mother who was pregnant with her at the time. This intervention left a mark on Ji Eun-Tak’s neck which enabled her to see ghosts or dead souls since childhood.
The Grim Reaper who was the young king in the times of Goryeo Era killed Kim Shin because of jealousy and fear has no memory of his past, and is living a quasi-human life at present. Grim Reaper is just steadfast in fulfilling his duties to guide dead souls to the afterlife from his odd-looking Tea-House. Falling in the love with the attractive Chicken Restaurant Owner named as Sunny (Yoo In-na) brings a major turning point to Grim Reaper’s life.
Grim Reaper’s and Goblin’s insane chemistry as one of the best show-stealing Bromance. The growth of their friendship and childish insults, implicit loyalty towards each other is one kind of pleasant surprise for viewers.
Goblin finds his real Bride Ji Eun-Tak and their push-pull relationship kindles the viewer’s excitement. Goblin verifies that Ji Eun-Tak is the real bride of him and really able to see the sword on his chest but for very first time, he found a reason to live a long life.
Death starts haunting Eun-tak due to her delays in pulling out the sword from Goblin’s chest. The worst thing is the presences ofa Ghost Park Joong Heon, who manipulated young king of Goryeo to order the death of Kim Shin and Queen who was the only sister of Kim Shin in the ancient past. He has been roaming around for 900 years as missing soul and was living human’s dark emotions in the search of Goblin and his Bride. Goblin found the real purpose of the sword in his chest with heart aching and emotional consequences.
Grim Reaper and Sunny ultimate obtain their happy ending having proper relationship with their new identities this time around. The drama simply leaves Kim Shin’s and Ji Eun-Tak’s relationship in a perpetual loop of uncertainty but crossing their paths again in the future life.
CAST :
®    Gong Yoo (Kim shin / as Goblin)
®    Kim Go-Eun (Ji Eun-Tak)
®    Han Seo-Jin (young Ji Eun-Tak)
®    Lee Dong Wook (Wang Yeo /as Grim Reaper)
®    Yoon In-na (Kim Sun / as Sunny)
®    Yook Song-Jae (Yoo Deok-Hwa)
®    Kim Sung-Kyum (Yoo Deok-Hwa’s Grand Father )
®    Lee El (Samshin / birth grand mother)
®    Park Hee-Von ( Ji Eun-Tak’s Mother )
®    Yum Hye-Ran ( Ji Eun-Tak’s Aunt)
®    Jo Woo-Jin (Secretory Kim )
®    Kim Min-Jae (Young king)
®    Kim So-Hyun (young Queen)
®    Kim Byung-Chul (Park Joong-Hun)