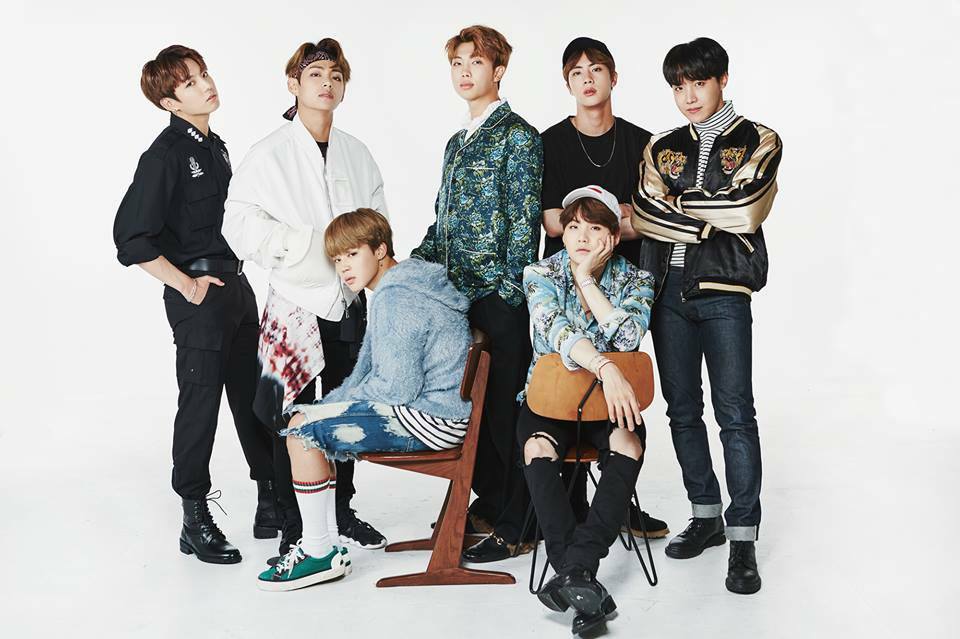 BTS is Boy band is also known as Bangtan Boys or Beyond The Scene located in south Korea. In this group they have seven members such as Jin, V, RM, Jimin, Suga, Jungkook, and J-Hope. This group form under Big Hit Entertainment.

Member and its role in the  group

Some TV Shows on V Live
Run BTS!, BTS GAYO, BTS Bokbulbok, BTS: Bon Voyage, BTS: Bon Voyage Season 2
In 2017 BTS release Love yourself: Her this album is one of the famous album in the world. In this year BTS manage to enter in Billboard Hot 100. album sold over 1.2 Million copies in South Korea, and became fast selling albums in korea and break the sixteen-year-old record Which created by G.O.D in 2001.
BTS became a most tweeted artist in the world and broke the record for Guinness World Record for most Twitter engagements for a music group. In 2017 BTS won Award for Top Social Artist, also they are most powerful and influential celebrities in the World. In 2017 most tweeted celebrity for the year 2017 worldwide, with over 502 million tweets. Also, BTS became brand ambassadors for Puma in 2015.they are chosen as the honorary tourism ambassadors for Seoul as part of the ‘I Seoul U’ programme.