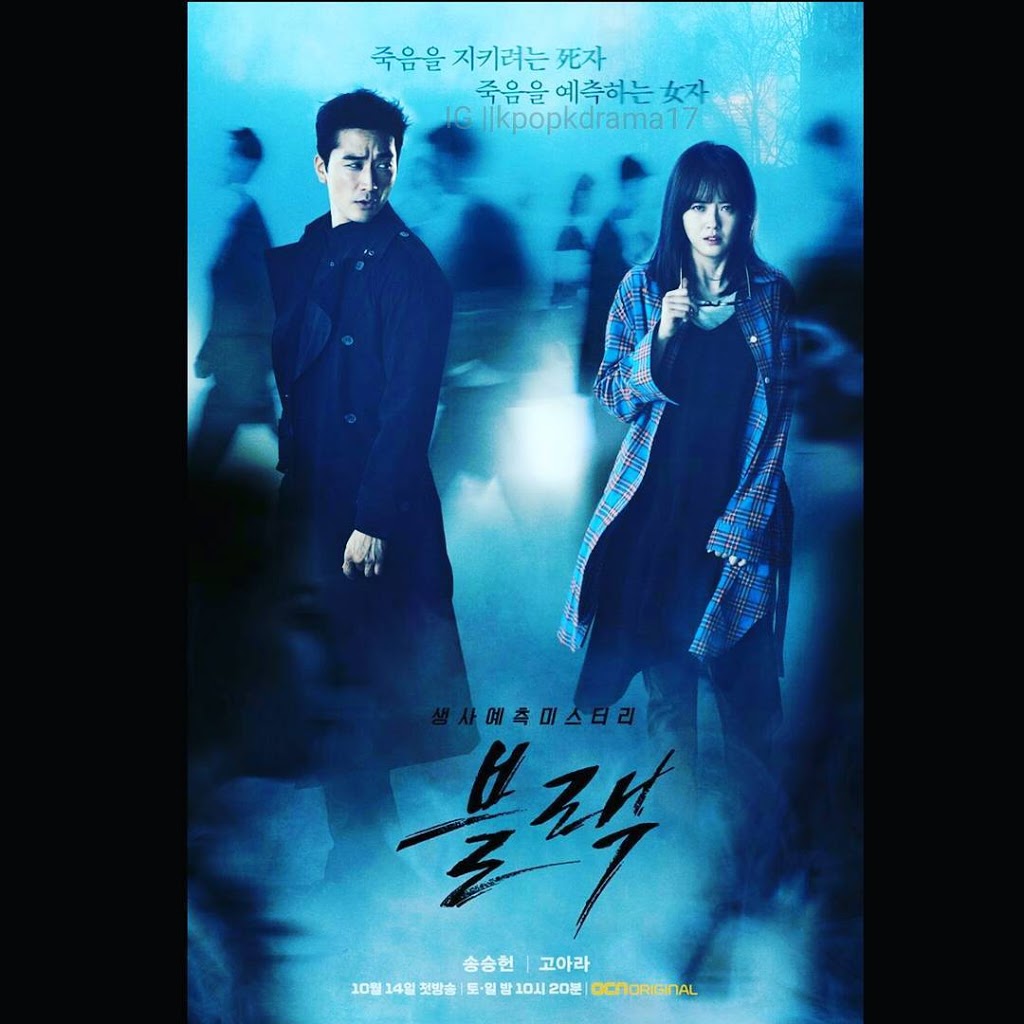 BLACKis the Fantasy and Thriller based drama series which was most popular since released. BLACK is the South Korean TV series aired on OCN from October 14th 2017 to December 10th 2017.

It is a mystery, thriller and romantic drama series about one woman and Grim Reaper. He uncovers the truth about a Serial Killer mystery while breaking the rules of the Heaven and falling in the love with a mortal woman Kang Ha-Ram who is Fortune-Teller who can see shadows of death. These two struggle to save the lives who’s having shadows of the deaths.

The Detective Han Moo-Gang accidentally get killed in his investigation case. The Black is a detective possessed by the Grim Reaper Who enters in the dead body of Detective (Han Moo-Gang) to find his missing Grim Reaper Partner. After entering in the Detective’s body the Grim Reaper gets involve in the some serious investigation cases which leads by a serial killer who try to destroy all the evidences and proofs of the case. Black makes a team with Kang Ha-Ram to find his missing Grim Reaper partner. Kang ha-Ram agrees to stay by his side but in return she begs him to help her to save the lives of the people who are having death shadow. Black’s humanity begins to show itself, much to his confusion and frustration.

He protects Ha-Ram in any cost. Ha-Ram confesses to Black that she likes him. They both finally admitted that they like each other, Ha-Ram and Black enjoy their adorable dates together. Also Black tries to figure out who is really behind all the deaths. He Find his trouble maker partner Grim Reaper in the dead body of the Leo’s body who was the famous actor in the entertainment industry. In the Investigation case he found that he killed by his Mother before 20 years ago. Every mystery’s answer comes with the new mysteries. He uncovers the truth about a Serial Killer mystery.

Black left the body after erasing all memories of Ha-Ram for her happy future life and go to the Death Squad. Meanwhile, Ha-Ram stands at the edge of the cliff. She asks to be reborn as a simple and ordinary person. Black asks Death Squad to give him maximum punishment. By removing himself from the world, he makes sure Ha-Ram has a happy life.

Many years later in the morning the Old Ha-Ram peacefully passes away while looking at the bracelet she had made once for her childhood love who was actually Grim Reaper Black. Ha-Ram’s soul leaves her body and finds black waiting for her. Black is just happy to know that she had happy long life. She puts red bracelet on his hand and they walk together to the AFTERLIFE.